Lucas Feireiss in IMAGINE ARCHITECTURE, Gestalten Verlag, Berlin 2014:
The vacuum cleaner occupies a special place in Halmans's dialectic. It seems to belong to the domestic world of the interior. Halmans, however, regards it as a transitional space, an intermediary place between inside and outside that collects the dust of the indoors, storing it only briefly until the dustbag is disposed of outside.
In hid Hoover Building series, the concept of inside and outside change meaning. The works are literally models of buildings, able to function as vacuum cleaners within the interior of a real house. They remove the dust and dirt from the larger interior around them, filling gradually their own internal space with the contents of the room in which they are exhibited.
Some of the dust is special; the dust of art collected from the artist's studio, or the exhibition space. They might also be considered metaphors of man as a collector of knowledge and matter, who fills his mental home with everything that floats in the air and settles down around him. 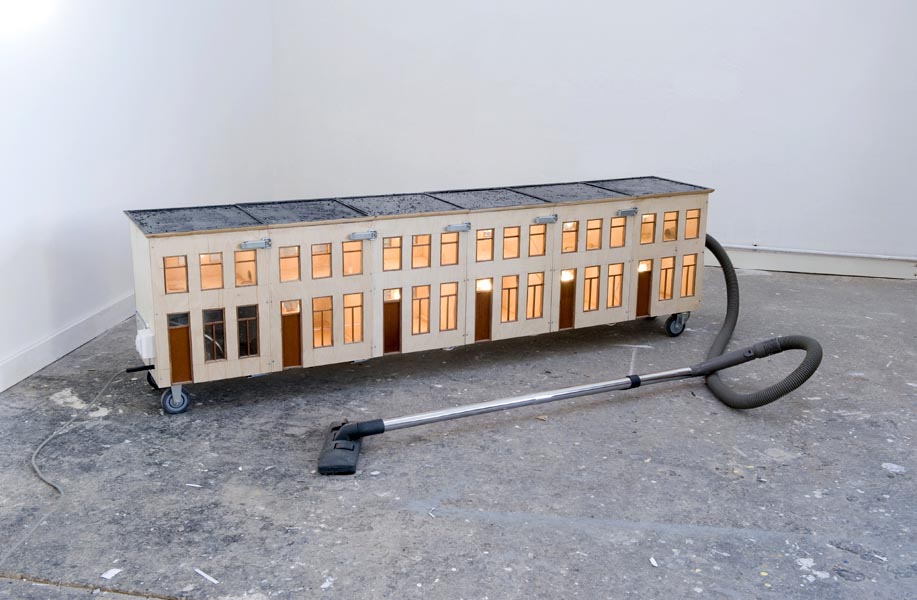