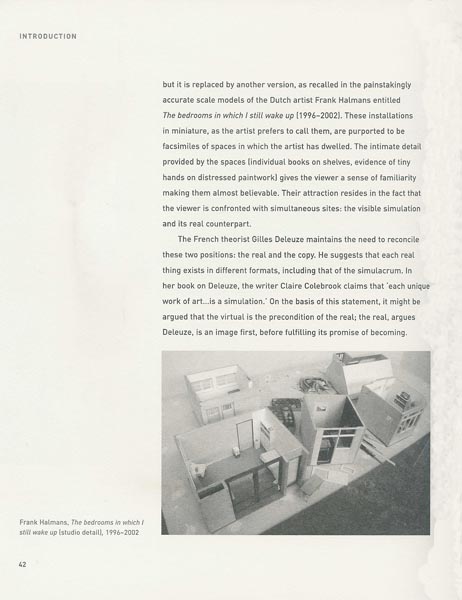 “ These spaces, like the real miniatures () might be described as simulations elsewhere. The real site may indeed exist, but it is replaced by another version, as recalled in the painstakingly accurate scale models of the Dutch artist Frank Halmans entitled The bedrooms in which I still wake up (1996  2002).
These installations in miniature, as the artist prefers to call them, are purported to be facsimiles of spaces in which the artist has dwelled. The intimate detail provided by the spaces (individual books on the shelves, evidence of tiny hands on distressed paintwork) gives the viewer a sense of familiarity making them almost believable. Their attraction resides in the fact that the viewer is confronted with simultaneous sites: the visible simulation and its real counterpart.